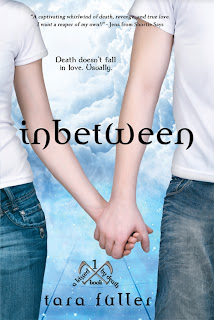 Since the car crash that took her father’s life three years ago, Emma’s life has been a freaky — and unending — lesson in caution. Surviving “accidents” has taken priority over being a normal seventeen-year-old, so Emma spends her days taking pictures of life instead of living it. Falling in love with a boy was never part of the plan. Falling for a reaper who makes her chest ache and her head spin? Not an option.

It’s not easy being dead, especially for a reaper in love with a girl fate has put on his list not once, but twice. Finn’s fellow reapers give him hell about spending time with Emma, but Finn couldn’t let her die before, and he’s not about to let her die now. He will protect the girl he loves from the evil he accidentally unleashed, even if it means sacrificing the only thing he has left…his soul.

In the beginning of this book I had to get used to it for a while. It was my first book I read that concerned repears, but luckily for me the book explains quite well what repears do and how it all works in this world. It is explained part by part and not all at once, which makes you longing for more information.
The book is written from two perspectives, Emma and Finn, which is a nice change now and then as you get to see the story from two totally different points of view. What I liked most though about this book is the amount of emotions that is wrapped up in one story, love, hate, jalousy, anger, loneliness and I could go on for some longer if I want to. The amount of emotions just has a great impact on the reader, especially some of the flashbacks or the moments Emma spends on her own really leave you breathless now and then.

The story is sort of rounded off - for now - but still has an open ending, especially for some of the characters, but you'll have to read the book to figure out who I mean. I at least can't wait for the second installment in the serie.