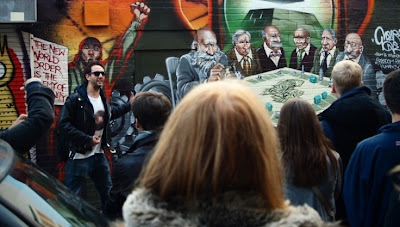 Finally a new blog post about London. My last one was on coffee places in town, which can be found here. This time it's about Alternative Tours and like the name itself says, it's a bit different from those standard bus tours. Unfortunately I didn't have the chance to try them out myself as I only found out about it a week before I had to leave. However, the next time I'm in London I definately want to go on one of these tours, cause they sound fantastic and I've heard loads of good about it.

The Alternative London Walking Tour
This is our original tour which was established to showcase East London's incredible creativity whilst giving insights into important historical and cultural events that have made the area what it is today. Even though this is much more than just a London street art tour, you are guaranteed to see a huge range of artwork from around forty artists per tour. Street art by nature constantly changes, which in turn means that our tours also change and evolve on a very regular basis. This guarantees that a tour with us will always feel fresh.

Blog Tour "Between These Lines" interview with Jennifer Murgia 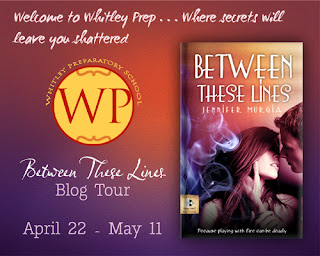 Welcome to the very first day of the Blog Tour of 'Between These Lines', a book written by Jennifer Murgia. For the blog tour I got the chance to interview the wonderful Jennifer about this and her previous written books. Read on after the interview for a snippet out of the book and to enter the give-a-way! You can win the e-book of Between These Lines, the Sylvia Plath collected poems, an exclusive cover necklace and Evie's diary. Also, make sure to come back soon for my review of 'Between These Lines'.

Hi Jennifer. Thank you for being here today. The kick off of the ‘Between These Lines’ blog tour, great! For those who haven’t read the book yet, can you tell them a little about it?
BETWEEN THESE LINES is primarily about a class assignment that forces popular girl Evie Cunningham to befriend one of the school’s “invisible”, Chase Mitman, with deadly results. It’s an emotional story focusing on the social agenda of students at a preparatory high school and the impact it has on their lives. BETWEEN THESE LINES offers a haunting reminder that sometimes the person you think you know the most is the one you know the least—and sometimes, that person is yourself.

Release day: It's Over by Laura L. Smith

I know I've been a little slow on blogs lately, but college life is screaming for attention lately. I do have some nice ideas laid out for upcoming blogs, so don't worry, I'll get to it. As for now I wanted to let you all know that the book It's Over by Laura L. Smith is released today. It's the next installment after It's Complicated, which I reviewed last week. If the book sounds like your cup of tea, make sure to add it to Goodreads (and buy a copy of course!) 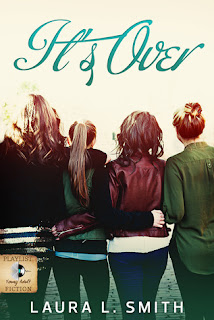 When four college roommates lose pieces of their lives, the pain isolates and the tension rises. Emotions are hard to hide and even harder to tackle. How can the girls move forward, when there is so much pain in letting go? Together, Claire, Kat, Palmer and Hannah learn to lean on God and each other, and through it all they learn loss is a part of life.

Favourite Fanvideos: He is gone

As I watch a lot of fanvideos on Youtube all of the time, I thought it would be nice to now and then share some of my favourites with you guys. I have to warn you it has a major spoiler in there for Season 4 of The Vampire Diaries. Yes, I know again The Vampire Diaries, but this is such an emotional and beautiful video that I couldn't help but share it. Besides, Tina is also one of my favourite YT fanvidders out there.

Shuffle Saturday is a weekly theme hosted by Pretty In Fiction to share a random song from your Ipod.

Tiffany Alvord - Titanium
A cover this time in my Shuffle Saturday. I think most of you will know the original song Titanium by David Guette ft. Sia. This cover by Tiffany Alvord is an accoustic version of the song and I've loved it since the first time I heard it. I liked the original song already, but this one feels so much more emotional and touching, which really fits with the lyrics.
Posted by Unknown at 11:07 4 comments: 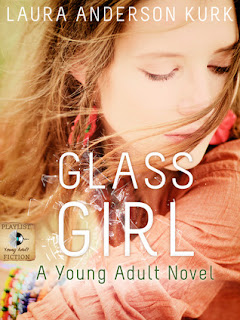 When Meg Kavanagh finds herself in the unthinkable role of grieving sister, she discovers some harsh truths—parents aren’t perfect, life’s not always sweet, and the dead don’t write back. Worried she might have caused Wyatt’s death, Meg folds her heart into a box. Her famous mom grieves by slowly disappearing, and her dad copes by moving them to a small town in Wyoming.
What she finds in Wyoming blindsides her.
His name is Henry, and he’s a rancher’s son who pulls Meg into his larger-than-life world and shows her that being sensitive is not an excuse to sit this one out. Meg wants to be brave like Henry because the best things in life—like falling in love and finding mercy—require uncommon courage. And Henry has a secret that changes everything.

Second book that I review regarding Playlist Fiction. The first one was It's Complicated by Laura L. Smith, now moving on to Glass Girl by Laura Anderson Kurk. If the blurb of the book sounded interesting to you, make sure to check it out, because it is gorgeously written. 5/5 stars

I came across the 99 things tag via the blog of AnneSolveig and had so much fun reading it, that I've published it here now as well. The things that are bold are the things I've actually done/visited/experienced. Feel free to copy the tag!


1. Set up your own blog - Guess this one answers itself right?
2. Having slept under the starry sky
3. Played in a band
4. Visited Hawaii

5. Seen falling meteorites
6. Spend more on a good cause than you could actually afford
7. Visited Disneyland - 2x Disnelyland Paris 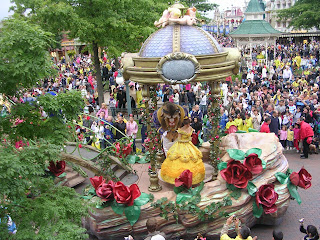 8. Climbed a mountain - No Hymalya or anything, but I did have my share of hiking through the Pyrenees.
9. Held a  grasshoper 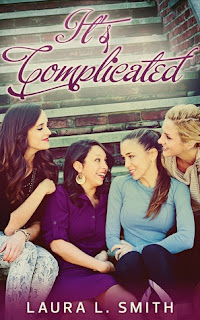 There’s a reason Facebook has the relationship status, “It’s Complicated.” Follow four college roommates, Claire, Palmer, Hannah and Kat as they maneuver crushes, confusion, and the crisis when pushy boys go too far. Complicated as it is, these four friends will pull through, guided by the strength of their friendship and the power of God’s love.

The first book to review from Playlist Fiction. It's complicated is a story about love, crisis in life and best friends forever. 3.5 out of 5 stars. NON-SPOILER REVIEW

Quote of the day 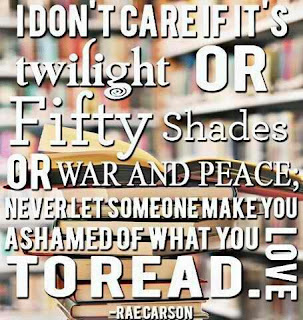 London: THE place to get coffee 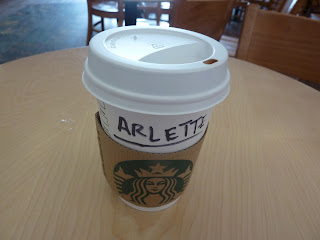 Photos featured all made by me
My third post on my London series is here. I previous did one on Borough market, this time one on all the coffee places in London. I can't blame you that Starbucks might be the first place that comes to mind (especially with the above picture), but there are many more amazing coffee places to be found in London with sometimes even better coffee (or cheaper).

Besides Starbucks there are a couple of more chains that have more or less the same set up and concept like Costa Coffee and Caffè Nero. When I was in London for my internship I actually had both AND a Starbucks right around the corner, how lucky was I? I preferred mostly Caffè Nero and Costa Coffee over Starbucks as the prices are a little cheaper and the coffee was even nicer now and then. The only thing you would be missing would be the awesome cups with your name on it ;) But that was worth it for me. Though I have to be honest, the mocha lattes from Starbucks are delicious! 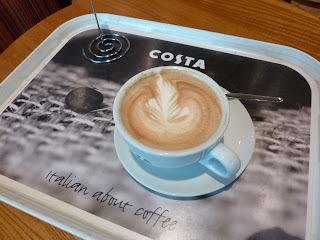 But when you really want a special cup of coffee once, pass the large chain stores and go on the look for a Monmouth Coffee shop. There are three all together in London and they have been awarded with best coffee already a couple of times. I have to warn you though, it can be a little busy sometimes... 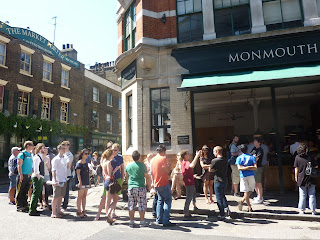 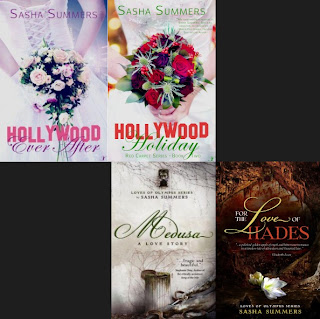 A little while back I reviewed Medusa, A Love Story by Sasha Summers. Today I bring you Sasha Summers once again, but now via an author interview. You guys have no idea how giddy I was about doing this interview, really. So sit back, relax and read more about her books and how she has to make some tough decisions.

What brought you on the idea to start writing books about the Greek mythology?
A dream – I know, that’s very Stephanie Meyers of me, but it’s true. I woke up, sweating and shaking and on the verge of tears. I just had to know why this man was running across a field, standing over a hole in the earth – full of fire – to catch this woman who was falling from the sky. I knew who she was. I knew who he was. I knew their story. I just had to write it. Medusa, A Love Story took me less than 6 months to write, I was completely obsessed! :)