I know I haven't been around a lot, and I've definately lacked lately in visiting your guys blogs, but once I'm back from my holidays I'll catch up! I'm leaving saturday for a week to Meaux, France. I'm going camping with 4 of my friends, and I'm really excited for it. We're definately going to visit Paris for a day as we are really close by the city, and further...We're not sure yet, but we'll for sure have a blast. Talk to you all, soon!
Posted by Unknown at 23:20 3 comments:

Email ThisBlogThis!Share to TwitterShare to FacebookShare to Pinterest
Labels: Personal

You would say that summer holidays allow me to blog more, but I've found myself less behind my laptop than when I don't have holidays, for the very simple reason that I already spend so much time behind it for my studies. Anyway, I'm back with a little update on the Color Run in which I participated in the city of Zwolle on the 7th of July. For those who don't know the Color Run is a colourful running event for a good cause.

I have to say we had a very good time, even though it was about 30 degrees celcius, so it was a bit too warm to run the full 5k. Secretly, the most fun part was travelling back by train for nearly 4 hours, all covered in the bright coloured dust. The looks we got from bypassers....hihi. Below one of the promotion videos so you get an idea of what the day looked like! 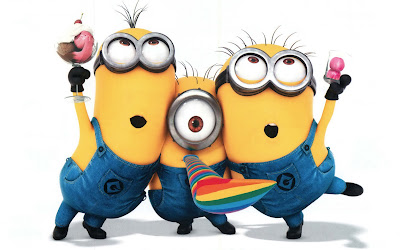 Despicable Me 2
I tried to look up a sypnosis for this movie, I'm not sure if there actually is one. Anyway, those who have seen the first movie or any of the trailers will probably no what it is about, or not, because most of the trailer just feature the awesome minions! The movie is about Gru this time trying to save the world, of course together with his minions.

The movie was in 3D and honestly I'm not that big of a fan of 3D but with animation movies it usually works. It definately worked for this movie as well. I saw the first one in 3D as well and it just as much worked for this one.

When me and two friends arrived at the cinema, we noticed we were a little older than the average age of visitors, ah well. We actually went as a last minute decision on our first day of holidays (the two friends I went with had their last exam two hours earlier) and it was a good call.

We laughed: A LOT. It was funny to see how some parts that are featured in so many commercials were actually there (like from commercials for Chiquita Bananas). I have a feeling this is not going to be a very extensive review, because all I want to say about this are: MINIONS. They are just awesome and are the very core of the movie, no matter that the kids of Gru are really cute too.

The part where we maybe laughed the loudest was the credits, weird huh? There you have these three minions "auditioning" for the movie, just all minion awesomeness in a few minutes.
Posted by Unknown at 12:42 14 comments:

Winner of the Angels for Positive Women give-a-way

Just popping in to announce the winner of the give-a-way for Positive Women. I hope to have a normal post up tomorrow again! Even though it is holidays for me (finally) I've been quite busy with a lot of nice things lately, so stay tuned!


a Rafflecopter giveaway
Congrats Yasmine! For everyone who participated, thank you so much. If you are still interested, please have a look on the website to purchase your own for the charity, Angels for Positive Women.
Posted by Unknown at 19:59 2 comments:

Email ThisBlogThis!Share to TwitterShare to FacebookShare to Pinterest
Labels: Give a way, Joseph Morgan, Positive Women 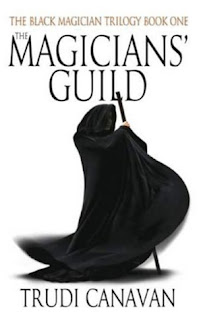 "We should expect this young woman to be more powerful than our average novice, possibly even more powerful than the average magician."
This year, like every other, the magicians of Imardin gather to purge the city of undesirables. Cloaked in the protection of their sorcery, they move with no fear of the vagrants and miscreants who despise them and their work—until one enraged girl, barely more than a child, hurls a stone at the hated invaders... and effortlessly penetrates their magical shield.
What the Magicians' Guild has long dreaded has finally come to pass. There is someone outside their ranks who possesses a raw power beyond imagining, an untrained mage who must be found and schooled before she destroys herself and her city with a force she cannot yet control.

The Magicians' Guild by Trudi Canavan is the first book in "The Black Magician Triology". However, there is a prequel to it, which is basically a history book. That book, The Magician's Apprentice, I reviewed last year here. As for The Magicians Guild, I would give it 4/5 Stars.

Angels for Positive Women (Including give-a-way) 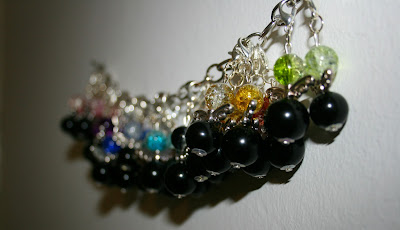 I'm one of the million. Are you?
Positive Women is a charity that supports the women and children of Swaziland. I've come to known the charity via their ambassador, Joseph Morgan as he happens to be my favourite actor. He has already put forward great work for the charity and raised a lot of money for it so far. When a little while back one of my best friends Annelie set up Angels for Positive Women I immediately joined the boat to raise money for Positive Women.
Read more »
Posted by Unknown at 20:42 4 comments: 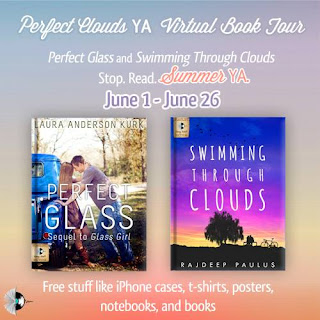 Welcome to the 19th stop of the 'Perfect Clouds YA Virtual Book Tour', presenting Perfect Glass by Laura Anderson Kurk and Swimming Through Clouds by  Rajdeep Paulus. Be ready for a lot of epicness below. Of course I'll tell you what the books are about (and how amazingly awesome they are), you will also find the new post it and hidden letter for those who are collecting those for the final revel AND of course there is an awesome-tastic give-a-way at the end!


Things get messy when Meg Kavanagh gets involved—first with Jo Russell, the eccentric old artist, and then with Quinn O’Neill, the intriguing loner who can’t hide how he feels about Meg. Her senior year isn’t turning out like she planned it, but sometimes the best parts of life happen in the in-between moments. And Henry will be home soon, right?

He commits to one year in an orphanage that needs him more than he ever dreamed. Thousands of miles from Meg and the new punk who has fallen for her, and absent from the ranch that’s in his blood, Henry Whitmire finds out what it means to trust. When you’re so far from home, it’s terrifying to realize you’re not who you thought. But the perfect glass of calamity makes the best mirror.

An identity crisis, long distance love, new temptation, and growing pains teach Henry and Meg how to hang onto each other and to what really matters.