Welcome to the first Guest blog here on my blog. It's written by author Jade Varden and it's all about Writing a First Draft of a story. Check out below the amazing article she wrote with some good tips out there!

Write now, edit later. This is a common piece of advice that's very freely dispensed to writers on forums, through social media and in helpful blog posts that offer advice. But sometimes, it's the worst possible advice a writer could get. It's true that writing your first draft is a little bit like vomiting words on a page, but if you actually want to end up with a workable final draft you can't just spit sentences out at random.

Yes, authors, there is stuff you've got to do before you ever sit down to write that first draft. I know, because I've learned the lesson the hard way...many times over. 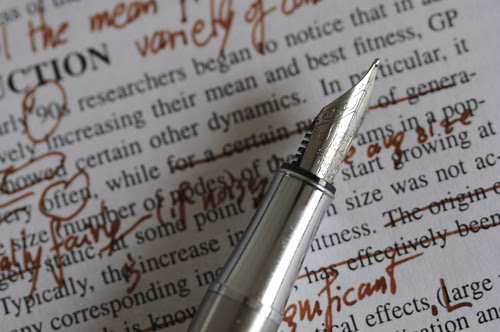 
Just get the words on the page, and worry about the rest later. I've seen this piece of advice parroted everywhere, and I've suffered for it. Because I've tried that...and I've learned that it doesn't really work.

On paper, the advice makes sense. Writers are supposed to write, so just sit down and write. Right? Wrong. If you don't have an idea of what you're going to write about, you're just wasting your time. There's stuff you need to do before you start writing that first draft. If you don't, you're liable to get stuck, or come out with a book that's not at all well-crafted and filled with weird plot holes.

It's sort of like getting in a car and just driving, without paying any attention to street signs. You don't have any idea where you're going to end up -- maybe a luxury neighborhood, maybe in a dangerous area, maybe in the country, maybe in the factory district. But one thing is certain: you're going to take a bunch of unnecessary turns along the way, maybe even run into a few dead-end streets. You might backtrack, and cover some of the same streets twice. Why? Because you don't know where the heck you're going!

And you'll end up doing the same sort of crap in your book if you just sit down and start to write for writing's sake. The ultimate goal is to end up with a tightly-written, exciting plot that hangs together and follows a plottable course from Chapter 1 to The End. Going in a bunch of random directions on the way there is only going to waste the reader's time, and yours when you're trying to edit all that mess later on.


Every book starts with a single idea. Some writers think of a setting first, or maybe a situation. Some might be inspired by the idea of a character, or a crime, or maybe even a romance. I almost always think of the end of a book, and then figure out how it happened by trying to work backwards. No matter what your idea may be, before you write it you need to figure out a few things.
Once you have all your fundamentals covered, you're in great shape. You're ready to write your first draft, so go ahead! You now have everything you need to create a really good one.

Jade Varden writes young adult novels for teen readers. When she’s not crafting mysteries in her books, Jade also blogs practical writing tips for authors who self-publish. Jade currently makes her home in Louisville, Kentucky, where she enjoys reading and reviewing indie books by other self-published authors. Follow her on Twitter @JadeVarden. Visit Jade’s blog at jadevarden.blogspot.com for reviews, writing tips, self-publishing advice and everything else you ever wanted to know about reading and writing books.

Jade on Amazon || Jade on Goodreads
Posted by Unknown at 11:33